I had a great day thrifting a couple of months ago with a couple of unexpected gems... Diamonds in the rough. The first was a set of vintage orange Tupperware measuring cups. They were so cute and colourful and best of all, in perfect condition. A quick look on etsy tells me that two of the smaller sized cups are missing from this set, but I'm happy with my find. 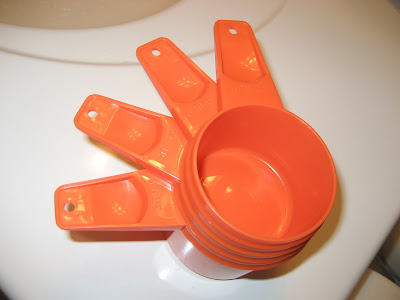 The funny thing is that these cups were buried in a cluttered plastic basket of not-so-goodies. Ick. I also spotted a yellow plastic grater labelled in lower case: "got-relb made in germany". I have never seen an item like this before and am a bit perplexed on what to do with it. A google search didn't show me much, other than a white-coloured one that some website in German was selling.

As I was paying for my loot at the till, I noticed a little drawer of used scarves. Usually I shy away from clothing items but I noticed a beautiful pattern and couldn't put it down after taking a quick peek. The beautiful floral pattern, soft feel in my hands and great condition drew me to it. I quickly paid for it and left, and when I returned home I noticed a tag that read JAEGER London / Milan / etc. Some googling tells me that Jaeger scarves were sold at Harrods and Harvey Nichols stores back in the day. Huh. Not sure if that's all accurate but it's still a nice scarf. 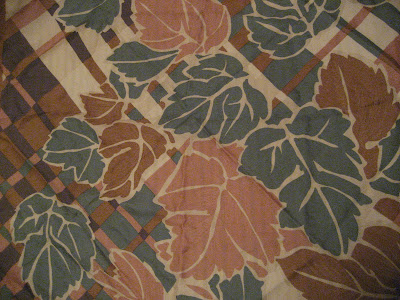 So fast forward to last week when I was in Cabo San Lucas for a vacation... We went for a walk along the beach - the wind was crazy! At this spot on the tip of the Baja Peninsula, the Sea of Cortes meets with the Pacific Ocean and creates huge waves. I was using my great scarf to protect my neck from sunburns, and it was doing the perfect job keeping me cool and covered. When we were nearing the part of the beach near our hotel, my hubby says, "Hey, what happened to your scarf?" Groan. A light scarf during face-whipping winds could travel a far distance and when we turned around to look it was nowhere to be found. 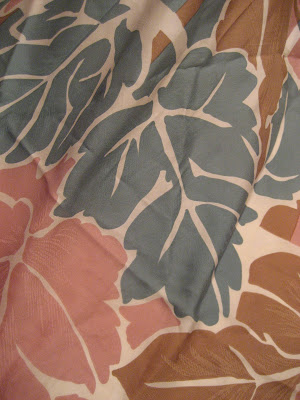 I wish I had some better photos of the scarf but now it's gone to where the wind has taken it! I suppose the best thing about thrifting is that I spent $2 on a wonderful scarf that did its job. The worst thing is that I likely won't see that nice pattern again.
Posted by SixBalloons at 12:40 AM 2 comments:

Did everyone who grew up in the 80s have Corningware in their house? 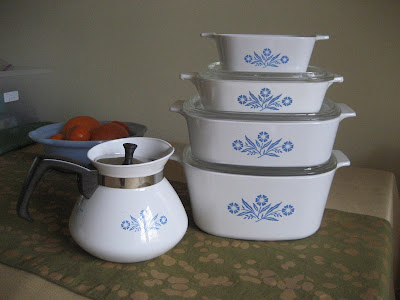 My mom still uses her set for casseroles and the like. You can't beat its ability to go from the stovetop to table to fridge. Now that I'm cooking on my own, I find myself wanting to replicate my mom's recipes to satisfy cravings for home cooking.

I picked up three casserole dishes and a little cute accompaniment from a craigslist seller. I use them regularly, especially since the lids make them so convenient for both leftovers and holding foods as I marinade them.

A couple of people purchased the new French White Corningware sets for us on our wedding day. Much as I am grateful for the presents, I find that they are heavy compared to the vintage versions, so we get less use out of them... And the blue cornflower detail on the "old" set is so charming too.

A recent trip to Value Village scored a nice find to add to my collection - a 6 Cup water kettle that we never had at home. Heats up nice and quick and was in great condition for the $5 price tag.

Linking up to ATG's Collect Share!
Posted by SixBalloons at 10:26 AM 4 comments: