Okay so by now you've all probably figured out what a huge Craigslist hound I am... Just check out my craigslist label to see what else I've purchased and how awesome I think this site is. 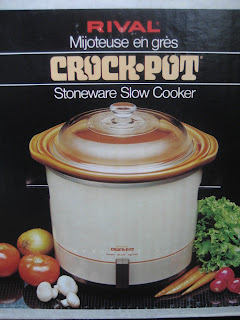 When I decided that I wanted to finally buy a slow cooker, I naturally turned to Craigslist. I could no longer resist the lure of awesome recipes like Mary's carmelized onions over at Barefeet in the Kitchen and dulce de leche from condensed milk in mason jars! 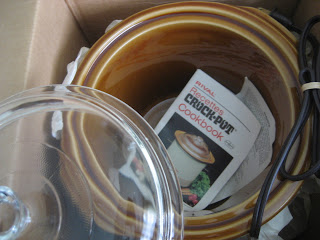 I didn't set out to buy a vintage crock pot, but instead was simply searching for cheapies that were in new condition. I saw a listing for a Rival crock pot listed as brand new for ten bucks. When I went to go pick up my bounty I saw that it was an old piece that had never been opened. The seller said her mother in law received it as a gift and never opened it. 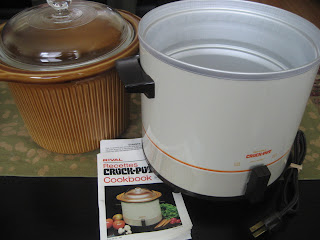 This crock pot comes with a stoneware crock, Pyrex lid, and 1982 crock pot recipe book. I guess this thing is almost as old as I am! While I obviously love vintage stuff, I'm actually kind of relieved that it's such a neutral looking design in this case. The almond color works just fine for me. 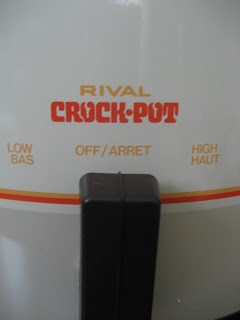 I've since read that some people actually prefer vintage slow cookers over new ones as manufacturers now set these units to cook at higher temperatures. While the argument is for better food safety, consumers have complained that food is often boiling and over cooked. I will have to see for myself how I like it, but I'll be food safe and test to make sure this piece can attain safe cooking temperatures first! 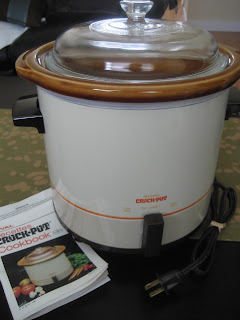